From Global to Social Enterprise:

How moving abroad can set you up for an impactful career

Going abroad after graduation is one of the best ways to give yourself the time you need to work out what you want to do longer term, while still gaining valuable experience and skills. On Wednesday 25 August, in partnership with Edu-venture, we welcome two inspiring guests who both discovered their passion for social innovation and social enterprise during their time overseas after graduation.

Imogen and Monica are both Fellows of Year Here, a post-graduate course in social innovation based in London, and will be sharing about how their experiences abroad have shaped their careers and led them to pursue meaningful social impact. The event will cover:

Register on the form below! 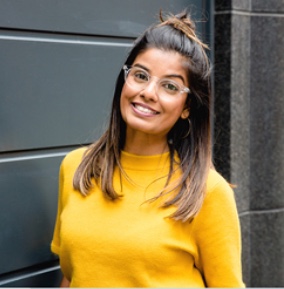 East London born and bred, Monica is an Optometrist, Programme Manager at Year Here and has recently co-founded a social enterprise called Spedal. Spedal is a social start-up reimagining door-to-door deliveries as a force for good. Spedal provides same day zero emission delivery services whilst supporting young people experiencing homelessness on their journey into full time work.
For several years, Monica worked within the public and private sectors in the UK and then moved to Sydney, Australia where she pursued a career in learning and development and led training programmes at an Australian start-up.

Throughout her career, she also volunteered in Zambia, Tanzania and India for various community projects and charitable organisations.

Her combined experience in business and social change led her to transition her career into social innovation and entrepreneurship. 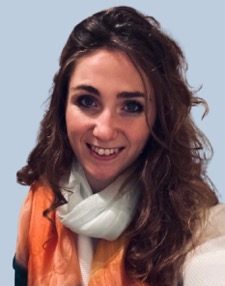 Imogen works for tech start-up, Apolitical, a learning and networking platform for civil servants around the world. By up-skilling public servants, they aim to help make governments stronger and better equipped to tackle the worlds biggest challenges.

Imogen studied Arabic and French at university, which took her to a number of Middle Eastern countries for work and study. She spent two years in Egypt during the political turbulence of the Arab Spring, and worked for a local newspaper as an editor and translator.
She returned to the UK to work as a strategic communications consultant for environment and international development projects, fitting in MENA-focused investigative journalism and translation around the sides.
In 2020, Imogen took up a fellowship at the London-based centre for social entrepreneurship, Year Here, where she honed skills to tackle social problems through business innovation.

Register on the form below to confirm your place and receive the Zoom details for the event.